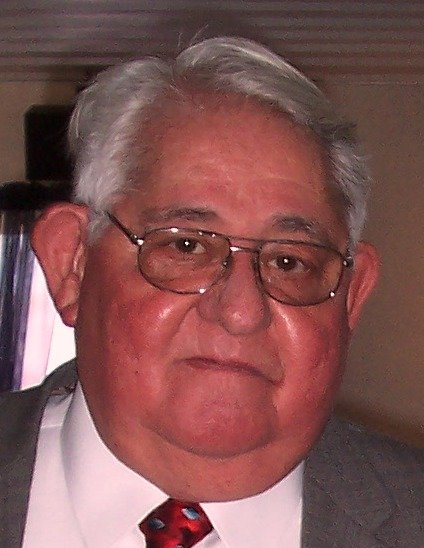 Please share a memory of William to include in a keepsake book for family and friends.
View Tribute Book
Ilion William H. Clements, 74 of N. Third Ave in Ilion, passed away on Saturday December 10, 2011 at Mohawk Valley Health Care in Ilion with his family by his side following a long illness. Bill was born on May 26, 1937 in Mohawk the son of the late Harold and Ruth (Brewer) Clements. He was educated in Ilion graduating in 1955. Bill began his career at Remington Arms following high school and held many positions in drafting and production supervisory capacities; he retired as a supervisor in 1992 after 35 years of dedicated service. In 1957 he married the former Marie E. Bongiorno who passed away in 1974. On November 1, 1975 he married the former Eleanor Schrader. Bill was a member of the Trinity Lutheran Church in Herkimer. He was an avid and accomplished gardener and woodworker who loved his country and was very patriotic. He made many pieces of furniture in his home and cribs for his grandchildren until his health prevented him from pursuing this passion. Bill is a former member of the Ilion Fish and Game Club, the Jay Cees and the Ilion Winter Club. He also enjoyed hunting, fishing and camping with his family and had a love of the outdoors. He received much joy from his grand children who will dearly miss their &quot;poppa,&quot; and most recently met and welcomed his great grandson into the family at Thanksgiving. Bill was also an avid historian and read widely about the history of the Mohawk Valley as well as conducted extensive research on his family's history, which culminated in a volume he compiled for his children so they would know about their roots. Bill is survived by his wife Eleanor; three sons William II and his wife Nancy of Northfield VT, Jon and his wife Amy of Ilion and Chris and his wife Tracy of Newport VT; a daughter Yvonne Winter of Mohawk; his grandchildren Briana Howard and her husband Eric of Milford NH, Alaina Clements of Montpellier VT, Sophia Clements of Newport VT, Amanda Clements of Mohawk, Bryce Jewell of Ilion, Lisa Clements and John Clements both of Ilion; and a great grandchild Ethan Howard of Milford NH. He is also survived by his sister Janet Clements of Utica, brother and sister-in-laws Donald and Kathy Schrader of Herkimer, Uncle Russell Brewer of Middleville, and Aunts Shirley Danielak of Ilion and Pearl Hoke of Clinton, as well as many cousins, nieces and nephews. Bill was predeceased by his first wife Marie Clements, his brother-in-law Wayne &quot;Butch&quot; Schrader and sister-in-law Linda Schrader. The family would like to thank Dr. Goodman for many years of exceptional care, the sixth floor staff of St.Luke's hospital for their kind care, and staff of the Mohawk Valley Nursing Home where Bill felt at home in his final weeks. The funeral service for Bill will be held on Tuesday December 13, 2011 at 11am in the Trinity Lutheran Church in Herkimer with Pastor Ann Zimmerman officiating, interment will follow in the Armory Hill Cemetery in Ilion. Friends may call TODAY from 4-7pm at the Whiter-Hendrix Funeral Home Inc. 100 Otsego St. in Ilion. Memorial contributions may be made to the Trinity Lutheran Church; envelopes are available at the funeral home. On line condolences may be sent by going to www.whiter-hendrix.com.
Tuesday
13
December