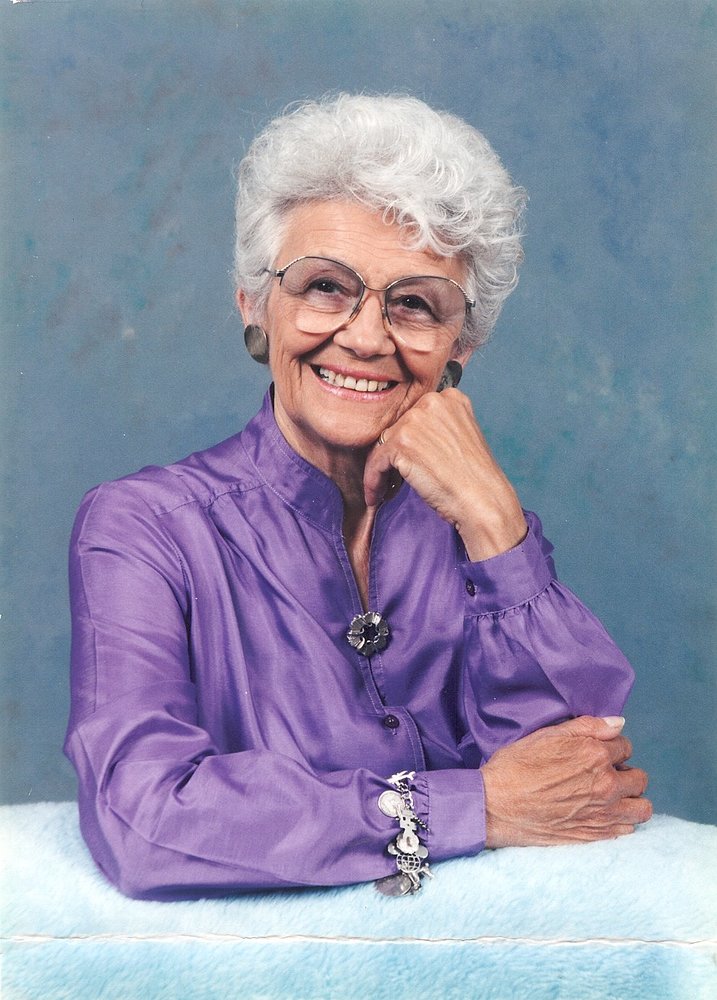 Please share a memory of Jeanne to include in a keepsake book for family and friends.
View Tribute Book
Rome-Mohawk Jeanne Andree (Marly) Paladino 88 of 112 Pazdur Blvd. Camalot Village Rome formerly of Mohawk passed into the loving arms of the lord Wednesday November 18, 2009 at her home, under the care of Hospice. She was born May 12, 1921 in Lyon, France the daughter of the late Bartholomew Marcel and Emma Tampier Marly, and received her education in Lyon France. On August 9, 1945 she married Michael A. Paladino in Lyon, France, Mr. Paladino passed away in 1982. While living in France after her marriage Jeanne was employed as a Registered Nurse, upon coming to Mohawk in 1948 Jeanne was employed in several positions including a Translator with UNIVAC, a teller with Oneida National Bank, and as a French Teacher with the Mohawk Central School System and the Annunciation School in Ilion. Jeanne was a member of Blessed Sacrament Catholic Church in Mohawk, and Annunciation Church in Ilion, a Girl Scout Leader, Religious Education Teacher, a Volunteer with The American Red Cross, Meals on Wheels driver, Literacy Volunteer, a member of the Rosary Society, and RSVP (retired Senor Volunteers). Jeanne is survived by two daughters and a son in law Anna and Louis Ferreira of Mohawk, Michelle Sharlow of Rome, her grandchildren Antonio and Beth Ferreira of Germantown, TN, Michael and Rene Ferreira of Utica, Maria De Conno of Ballston Spa. and David Ferreira of Rochester. Seven great grand children Lindsay, Michael, Lydia, Christina, Jenelle, John and Marley also a sister in law Mary Paladino of Utica. Friends are invited to attend a Mass of Christian Burial to be offered on Monday November 23, 2009 at 11:00 am at Blessed Sacrament Church Mohawk with Fr Mark Cunningham and Fr. Peter Chepaitis con-celebrants and Sr. Mary Jo Tallman Parish Life Director officiating. Interment will follow in the Mohawk Cemetery. In keeping with Jeanne's wishes there are no calling hours. The family would like to thank the Radiologist and Staff at the New Hartford Scanner and Hospice and Palliative Care for all the care and compassion shown to Jeannie during her illness. Friends are asked to consider memorials to St. Jude Children's Hospital 332 N. Lauderdale Street Memphis, TN 38105. Envelopes will be available at the church or at Whiter-Hendrix Funeral Home Inc. 100 Otsego Street Ilion, NY 13357. Arrangements are with the Whiter-Hendrix Funeral Home Inc. 100 Otsego Street Ilion. To light a candle, please go to www.whiter-hendrix.com
Online Memory & Photo Sharing Event
Online Event
About this Event

Look inside to read what others have shared
Family and friends are coming together online to create a special keepsake. Every memory left on the online obituary will be automatically included in this book.
View Tribute Book
Services for Jeanne Paladino
There are no events scheduled. You can still show your support by sending flowers directly to the family, or planting a memorial tree in memory of Jeanne Paladino.
Visit the Tribute Store

Share Your Memory of
Jeanne
Upload Your Memory View All Memories
Be the first to upload a memory!
Share A Memory
Send Flowers