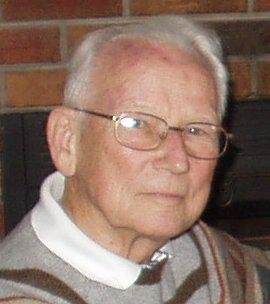 John Raymond Stalloch, 100 of Ilion, passed away on Wednesday April 10, 2019 at home, with his loving family by his side.

Ray was born on December 1, 1918 in Frankfort, he was the son of the late John R. and Jessie (Shannon) Stalloch.  He was a graduate of Frankfort Schools and served during WW II in the US Navy.  On June 1, 1940 he married the former Mary Whiteman, she passed away in 1982.  On October 22, 1993 he married the former Ethel Leonis, she passed away in 2016.  Ray had many jobs over the years and retired as manager of manufacturing at Hamilton Digital Control in Utica.  He was a member of the Ilion Masonic Lodge.

A memorial service for Ray will be held on Monday April 15, 2019 at 2 pm at the Whiter-Hendrix Funeral Home Inc. 100 Otsego St. in Ilion.  Rev. John Partrice will officiate, interment will be in the Oak View Cemetery in Frankfort.  Friends may call on Monday from 1 pm until the time of the funeral.

To send an online condolence please go to www.whiter-hendrix.com.

Share Your Memory of
Ray
Upload Your Memory View All Memories
Be the first to upload a memory!
Share A Memory
Send Flowers