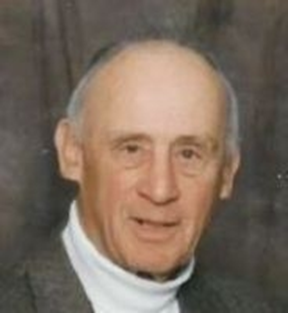 Obituary of David A. Doty

Please share a memory of David to include in a keepsake book for family and friends.
View Tribute Book

David was born in Ilion, New York on February 11, 1930, to Elverton and Helen Decker Doty. He passed away peacefully with his loving wife, Dorothy at his side on April 5, 2017. Dave grew up in Ilion in the Doty Homestead on Barringer Road and was a proud descendant of Edward Doty, a Mayflower passenger and signer of the Mayflower Compact. Before becoming a golf course, the homestead was a strawberry farm. Workers from the valley would tend to the plants and help harvest the berries until they were ready to be sold locally or shipped downstate on the Erie Canal.

Dave attended the Ilion public schools, graduating from Ilion High School in 1947. While in high school he played football and golf and enjoyed participating in the school’s theater as a cast member in many plays. In 1949, he enrolled at St. Lawrence University. Following his freshman year, Dave transferred to Hamilton College in Clinton, NY. While at Hamilton he studied pre-med, played football and golf, and was president of his fraternity. A Hamilton College classmate of Dave’s fondly recalled a rather lively party at the fraternity house in which Dave and his fraternity brothers tried to see who could slide the farthest on their stomachs on the beer-soaked floor of the party room. He couldn’t recall if Dave won but he did recall how much fun Dave had getting as many people as possible to join in. Dave did graduate with a Bachelor of Science degree in Biology in 1954. Dave’s playful and humorous nature encouraged others to laugh and find joy in life.

Following graduation, as part of the conscription, better known as the draft, Dave joined the United States Army. After his boot camp training at Fort Dix, New Jersey Dave was sent to Nuremberg, Germany where he was part of the post-World War II occupation troops for two years. While serving his country in Germany Dave was able to travel to many neighboring countries with his first wife, and the mother of his five children, Suzanne. On his return to the United States, he taught English at the all-boys Trinity-Pawling Preparatory School in Dutchess County New York. The school’s mission was to educate and instill a value system that prepared young men to be contributing members of society amidst the challenges of an ever-changing world.  Dave fit in perfectly as that mission mirrored his own ethics and values.

He continued his education by attending Syracuse University, where he earned a Master’s Degree in School Administration. In 1958 he moved to Ilion, NY and began a long and fulfilling teaching career in the Science Department at Mohawk Central High School in  Mohawk, NY. While Dave had many opportunities to work in administrative positions, he chose to stay in the classroom close to the students who brought such joy to his life. He taught high school science during the day, and during the season coached football, basketball, and golf after school and on weekends. He also was the coach for the high school Ski Club where he spent time joining in and supporting the students in their weekly ski trips all over the slopes of New York and Vermont. Dave was honored to receive a National Science Foundation grant which allowed him to attend college at the State University of New York at Oneonta in the evenings. Though Dave and his wife Suzanne had five active children, he was able to balance all his responsibilities and graduate with a second Master’s Degree. This one was in Secondary Science.

Well into retirement Dave had many students calling to chat or stopping by to see him at the home he shared with Dorothy on the Eagle’s Nest Golf Course in River Hills, South Carolina. One of his former students is writing a book about the people in his life who have influenced him and led him to multiple successful careers as a college professor, musician, and author. A section will be dedicated to Dave.

Along with his second wife and childhood friend Dorothy Moore (Warner) Doty, Dave was a member of St. Stephen's Episcopal Church in North Myrtle Beach. The church helped with the local Helping Hands food pantry. One time Dave volunteered to fill in for Dorothy at the food pantry

and though there are regulations and guidelines about how much to give out, Dave’s generous heart filled their hands a bit more than they were accustomed to, filling both his heart and theirs.

As a member and former president of the Episcopal Men's Club Dave volunteered his time to help with the bi-annual rummage sale which also supports Helping Hands. Weeks before their church’s rummage sale Dave and Dorothy took the time to make ground chuck hamburgers and homemade chili for the hot dogs that were sold at the concession stand. He helped run the stand and received many compliments on the burgers and chili, often hearing from customers that those two delicious items brought many of them to the rummage sale.

The Episcopal Men's Club also helped organize and sponsor the annual Rich Jacobs Memorial Pro-Am Golf Tournament. As part of the men’s club, Dave volunteered to chair the event over the years. The tournament partners one pro golfer with three amateurs and brings golfers together for the love of the sport, the opportunity to play with pros, and the chance to win prizes solicited by the men’s club from local donors. As with the rummage sale, profits also went to Helping Hands of Myrtle Beach.

A great quote attributed to the golfer Bobby Jones is one Dave seemed to live by. “Golf is the closest game to the game we call life. You get bad breaks from good shots; you get good breaks from bad shots - but you have to play the ball where it lies.” An experienced golfer who loved the sport, Dave got the Holy Grail of golf, a hole in one at age 80. The time was right. Dave looked on his life with the patience of a man who knew how good he had it.

A Memorial Service was held on Monday, April 17th, at 11 a.m. at St. Stephen's Episcopal Church, 801 11th Ave. N., North Myrtle Beach, SC 29582. David donated his body to the Medical University of South Carolina for medical research. Final interment will be held at Armory Cemetery in Ilion, NY on Monday, July 1, 2019, at 11:30 am with Bishop Dan Herzog officiating.

Share Your Memory of
David
Upload Your Memory View All Memories
Be the first to upload a memory!
Share A Memory
Send Flowers