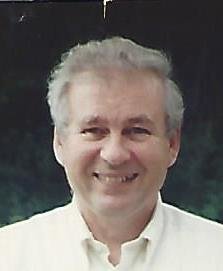 Please share a memory of Stanley to include in a keepsake book for family and friends.
View Tribute Book

Stan was born on May 15, 1934 in Benson Mines, NY.  He was the son of the late James Homer and Silverine M. (Beaudin) Lennon.  He was a graduate of Clifton Fine Schools and owned and operated, with his wife Shirley, Lennon Nationwide Insurance in Ilion until their retirement in 1996.

Stan was past president of the Herkimer County Chamber of Commerce and NICA, he was also a member of the Star Lake Fire Department and the Ilion Knights of Columbus and Annunciation Church.  Over the years Stan could be found watching kids sports, a pastime he loved.

Stan is survived by his loving wife Shirley; his children, Randy and his wife Jane of Fayetteville, GA, David and his girlfriend Janet of Ilion, Steven and his wife Cyndi of Myrtle Beach, Joann and her husband Michael Perras of Sandwich, MA and Scott and his wife Joanne of Ilion; special family members Carol, Susan, Angie and Allison; brother Robert and his wife Elfrieda of Herkimer; grandchildren Christine and her boyfriend Michael, Natale and her boyfriend Lance, Elizabeth and her husband Nick, Daniel, Shane and Madyson Lennon, Sarah and Rachel Perras; great grandchildren Michael and Henry.

A memorial service for Stan will be held on Friday June 14, 2019 at 6 pm at the Whiter-Hendrix Funeral Home Inc. 100 Otsego St. in Ilion, Deacon James Bower will officiate.  Friends may call at the funeral home, on Friday from 4 pm until the time of the service.

To send an online condolence please go to www.whiter-hendrix.com.

Share Your Memory of
Stanley
Upload Your Memory View All Memories
Be the first to upload a memory!
Share A Memory
Send Flowers