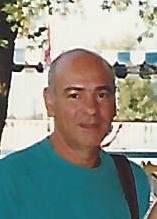 Please share a memory of Kenneth to include in a keepsake book for family and friends.
View Tribute Book

Kenneth L. Rood, 81, passed away Wednesday, June 26, 2019. Ken was born November 6, 1937 in the Town of Columbia, the son of the late Clarence and Viola Bailey Rood. He received his education at Mohawk Central School and on August 24, 1963 he was united in marriage with Esther Varin at the Ilion Methodist Church.

Kenny was employed as a shoe maker with Alegro Shoes retiring several years ago. After his retirement he enjoyed working on his old tractors that he and Esther would take to various shows.

Ken is survived by his wife Ester, two sons and a daughter in law Scott and Tracy and Kenneth Jr. all of Ilion, a granddaughter Brandi Nichole, a great grandson Braydon Alexzander. He is also survived by three brothers and three sisters in law, Leon Dygert of Norway, Gordon and Carol Dygert of Sauquoit, Eugene and Linda Rood of Mohawk and Jane Rood of Cedarville and his friends Mary and Pat and Tracy Dayton. He was predeceased by Edward and Edna Dygert, Robert and Diane Dygert, Milford Rood and Betty and Leonard Fredericks.

A memorial service will be held at 12:00 noon Tuesday, July 9, 2019 at the Whiter-Hendrix Funeral Home, Inc. 100 Otsego St. Ilion with Robert Varin officiating. Friends may call Tuesday from 10:00AM until the time of the service.

To leave an online condolence please go to www.whiter-hendrix.com

Share Your Memory of
Kenneth
Upload Your Memory View All Memories
Be the first to upload a memory!
Share A Memory
Send Flowers