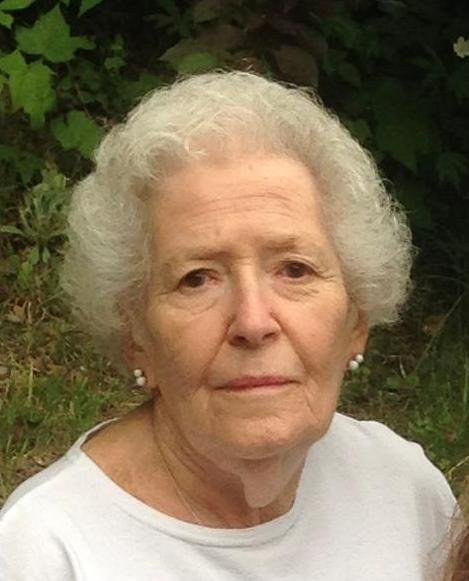 Please share a memory of Doris to include in a keepsake book for family and friends.
View Tribute Book

Doris Anne Ludwig, 86, passed away Sunday, August 11, 2019, at The Grand in Ilion. She was born on January 16. 1933, in Troy, NY, the daughter of the late Samuel and Evelyn Bristol Wise and was educated in Albany, Oneonta and Mildred Ellie Secretarial School. Doris was united in marriage with Richard L. Ludwig on February 6, 1954. He passed away on February 5, 2013.

Doris was employed as a bank teller with Oneida National and then the Bank of America prior to her retirement. She was a member of the Mohawk Reformed Church and the Mohawk American Legion.

Doris is survived by her daughter and son-in-law Deborah and Frank Roe of Mohawk; a sister, Lynn Pelish of Norwich, CT; her grandchildren Keith Martin and his partner Don Phillips, Frank Roe, Jr. and his wife Amanda, Francis Roe and his wife Abby, Joshua Ludwig, Cameron Ludwig and his wife Leila and Shannon Ludwig. She also leaves five great grandchildren, Eowyn, Marc and Maya Ludwig, Corbin and Gavin Roe and two nieces and their families, Debbie Currier and Erica Pelish-Sundstrom, she was predeceased by her son Richard (Rick) Ludwig in 2006.

A Memorial Celebration of Doris' Life will be held Thursday, August 15, 2019, at 12:00 Noon at the Mohawk Reformed Church. Friends may call at the church Thursday from 11:00 to Noon. Interment for Doris and Dick, will be at the convenience of the family. Arrangements are with the Whiter-Hendrix Funeral Home Inc., 100 Otsego St., Ilion.

Doris' family would like to thank the second floor staff at The Grand for all their kindness and Pastor Brian Engel and the church members for their friendship and thoughts and prayers.

Friends are asked to consider memorials to the Caring Friends Relay for Life Team, 6 Hillview Dr., Mohawk, NY 13407 or the Mohawk Reformed Church, 18 Otsego St., Mohawk, NY  13407. Envelopes will be available at church.

Share Your Memory of
Doris
Upload Your Memory View All Memories
Be the first to upload a memory!
Share A Memory
Send Flowers