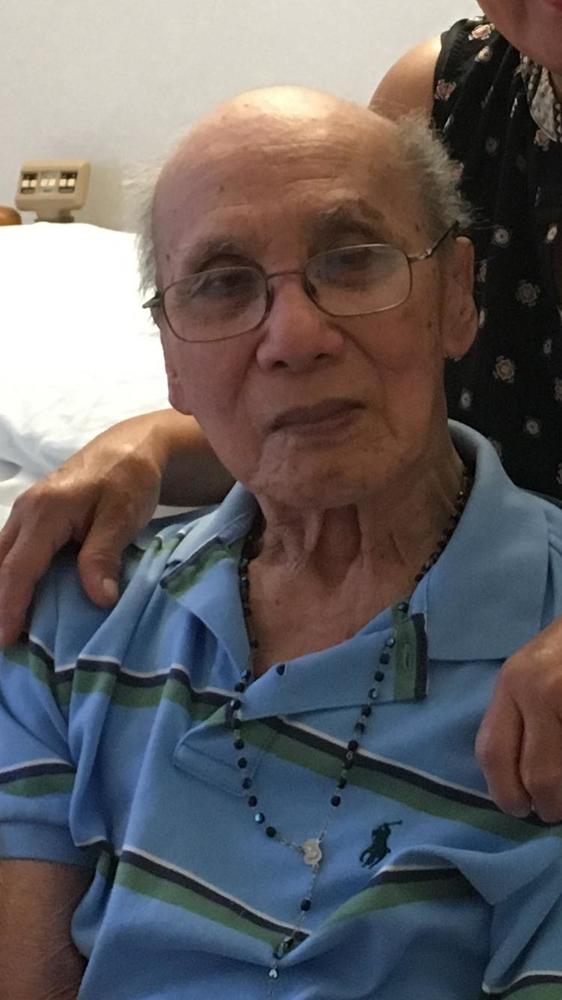 Please share a memory of Antonio to include in a keepsake book for family and friends.
View Tribute Book

Antonio M. Pantoja, 95, passed away on Wednesday, October 2, 2019 at the St. Elizabeth’s Medical Center in Utica. He was born March 17, 1924 in Manila, Philippines, the son of the late Isabello and Pilar Macalindong Pantoja. He served during World War II in the resistance movement against the Japanese occupation of the Philippines. Tony was educated at Far Eastern University in Manila where he earned a bachelor’s degree in Education with a concentration in History, and a master’s degree in Social Work. On October 31, 1970 he was united with Liwayway “Lilly” Aldaba in the Immaculate Conception Church in Quezon City. They immigrated to Ilion in 1973.

Tony was employed as a social worker in the Philippines and as a CNA at the Mohawk Valley Nursing Home until he retired at the age of 77.

Tony was a parishioner of the Church of The Annunciation, Ilion. He was an avid reader with a strong interest in health, wellness and physical fitness. He was a New York Yankees and Syracuse basketball fan.

He is survived by his wife Lilly, his daughter and son in law Jasmine and Scott Klosner of Ilion, three grandsons Alexander, Adam, and Anderson Klosner, his sister Remedios Martinez of IL, two nieces Dr. Joyce Martinez and Elizabeth Marquez both of Illinois. A nephew Franklin Martinez of the Philippines, two cousins, Leila Carpio and Dr. Aida Ramos of Indiana and extended family Gene and Dale Klosner of Ilion.  The eldest of five siblings, he was predeceased by one sister and two brothers. He was also predeceased by his mother-in-law Bernardina M. Aldaba, sister-in-law Dr. Nenette Aldaba, and family friend Dr. Lourdes Del Rosario.

A Mass of Christian Burial will be held at the Church of The Annunciation, Ilion at the convenience of the family. Interment will follow in The Armory Hill Cemetery. There are no public calling hours. Arrangements are with the Whiter-Hendrix Funeral Home, Inc. 100 Otsego St. Ilion.

Look inside to read what others have shared
Family and friends are coming together online to create a special keepsake. Every memory left on the online obituary will be automatically included in this book.
View Tribute Book
Services for Antonio Pantoja
There are no events scheduled. You can still show your support by sending flowers directly to the family, or planting a memorial tree in memory of Antonio Pantoja.
Visit the Tribute Store

Share Your Memory of
Antonio
Upload Your Memory View All Memories
Be the first to upload a memory!
Share A Memory
Send Flowers