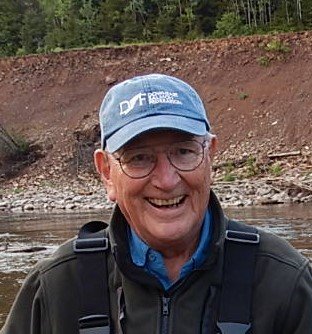 Please share a memory of Earle to include in a keepsake book for family and friends.
View Tribute Book
Ilion-Brooksville, FL George “Earle” Fletcher, 84, passed away on January 4, 2020, at Sturgill Hospice Center in Brooksville, Florida after a brief illness. The son of George and Claudia Fletcher, Earle was born in Aroostook County, Maine on April 2, 1935. He graduated from Gould Academy in 1953 and went on to earn a bachelor’s degree from the University of Maine College of Engineering in 1957. He worked as an engineer at Remington Arms and held various management positions including Superintendent of Production and Plant Engineer until his retirement in 1992. Earle married Constance Seymour on October 25, 1958, at St. Augustine’s Episcopal Church in Ilion, New York. Together, they raised three children. They were happily married for 53 years until her passing in 2011. He enjoyed fly fishing, golfing with friends at Timber Pines, and attending his grandchildren’s sporting events. Earle is survived by his son, Scott (Hallie) Fletcher of King Ferry, New York, and daughter, Gail (Todd) Hoffman of Ilion, New York, his grandchildren Braden and Peyton Hoffman of Ilion, New York, in-laws Jack Campisi, Bob and Rainy Loomis, Art and Mary Hornett, John Seymour, several nieces and nephews, and special friends, Clark and Ann Workman. Earle was preceded in death by his beloved wife, Connie, son, Kenneth, parents, and in-laws Ken and Mary Seymour. The family will hold a private graveside ceremony in the spring. In lieu of flowers, the family requests memorial donations be made to NATIONAL FOUNDATION FOR CANCER RESEARCH, 5515 Security Lane. Suite 1105, Rockville , MD 20852. Condolences may be left on Whiter-Hendrix Funeral Home online guest book at www.whiter-hendrix.com or Brewer & Sons Funeral Home online guest book at https://www.brewerfuneral.com/.
Online Memory & Photo Sharing Event
Online Event
About this Event

Look inside to read what others have shared
Family and friends are coming together online to create a special keepsake. Every memory left on the online obituary will be automatically included in this book.
View Tribute Book
Services for Earle Fletcher
There are no events scheduled. You can still show your support by sending flowers directly to the family, or planting a memorial tree in memory of Earle Fletcher.
Visit the Tribute Store

Share Your Memory of
Earle
Upload Your Memory View All Memories
Be the first to upload a memory!
Share A Memory
Send Flowers