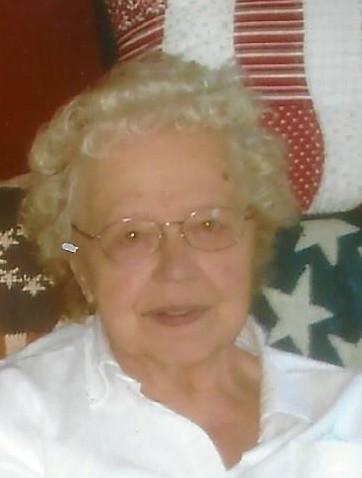 Please share a memory of Betty to include in a keepsake book for family and friends.
View Tribute Book
Schuyler Betty Robbins Currier, 99 of Schuyler passed away on Monday March 9, 2020 at The Grand in Ilion. Betty was born on January 20, 1921 in Schuyler, she was the daughter of the late Harry and Lena (Lange) Robbins. She was a graduate of Frankfort-Schuyler Schools and spent her life raising her family on the family farm in Schuyler. She was a member of the East Schuyler Methodist Church where she served as treasurer for over 45 years and taught Sunday school much of that time. She was also a 4H leader and Schuyler Town Historian for many years. Betty is survived by her daughter Carolyn C. Conte of Mohawk, a special nephew Harry and his wife Linda Robbins of Schuyler; two grandchildren Nathan and his wife Dana Conte and Beth Conte and her significant other Jordan; three great grandchildren Joseph, Kathryn and John Conte. She also leaves several other nieces, nephews and cousins. She is predeceased by a son in law John Conte as well as several members of the Robbins, Johnson and Finster families. Funeral services for Betty will be held on Saturday March 14, 2020 at 2pm at the Whiter-Hendrix Funeral Home Inc. 100 Otsego St. in Ilion, Pastors Scott and Zondra Coffin will officiate. Interment will follow in the East Schuyler Cemetery. Friend may call on Saturday from noon until the time of the funeral. Memorial donations in Betty's name may be made to the E. Schuyler Methodist Church 118 Church Rd. Frankfort, NY 13340. To leave an online condolence please go to www.whiter-hendrix.com.
Saturday
14
March

Share Your Memory of
Betty
Upload Your Memory View All Memories
Be the first to upload a memory!
Share A Memory
Send Flowers