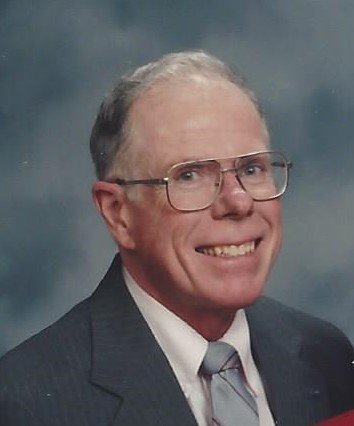 Please share a memory of William to include in a keepsake book for family and friends.
View Tribute Book
Ilion William George Sheppard, 81 passed away on Wednesday April 29, 2020 at Foltsbrook Center in Herkimer. Bill was born on June 14, 1938 in Utica, he was the son of the late Harold and Winifred (Pritchard) Sheppard. He was a graduate of Ilion Schools, MVCC and SUNY Oswego. On July 25, 1959 he was united in marriage to, the former, Jessie C. Eberle. He was a teacher in the Utica School System and was an Adjunct Professor at MVCC, until retiring several years ago. After retirement Bill remained very active, having worked as a manager and engineer at several local companies, including Martin Reel Co. in Mohawk, where he received a patent for a fishing reel he designed. His most recent job was with Orion Bus Industries, where he worked for 16 years. He also enjoyed Big Band music and motorcycles and owned and operated Sheppard's Cycle Shop for many years. He was a member of Grace Episcopal Church in Mohawk and the BMW Motorcycle Club. Bill is survived by his loving wife Jessie of Herkimer; a son William J. and his wife Varinya Sheppard of New Hartford; a daughter Connie and her husband Tom Giordano of Herkimer; a sister Gail Jay of Cold Brook; his grandchildren Bryn and Justin Albro, Tyler and Morgan Sheppard, Christina Ferrucci and her fiancé John Deschambeau and Michael Ferrucci; step grandchildren Anthony and Alexandra Giordano; one great grandchild Finn Albro and one on the way, Emerson Albro as well as many special cousins. In keeping with COVID-19 guidelines Bills funeral service will be private. Interment will be in the Armory Hill Cemetery in Ilion. Friends are asked to please consider memorial donations to the Herkimer County Humane Society, 514 St. Rt. 5S Mohawk, NY 13407. To send an online condolence please go to www.whiter-hendrix.com Arrangements are with the Whiter-Hendrix Funeral Home Inc. 100 Otsego St. in Ilion.
Online Memory & Photo Sharing Event
Online Event
About this Event

Look inside to read what others have shared
Family and friends are coming together online to create a special keepsake. Every memory left on the online obituary will be automatically included in this book.
View Tribute Book
Services for William Sheppard
There are no events scheduled. You can still show your support by sending flowers directly to the family, or planting a memorial tree in memory of William Sheppard.
Visit the Tribute Store