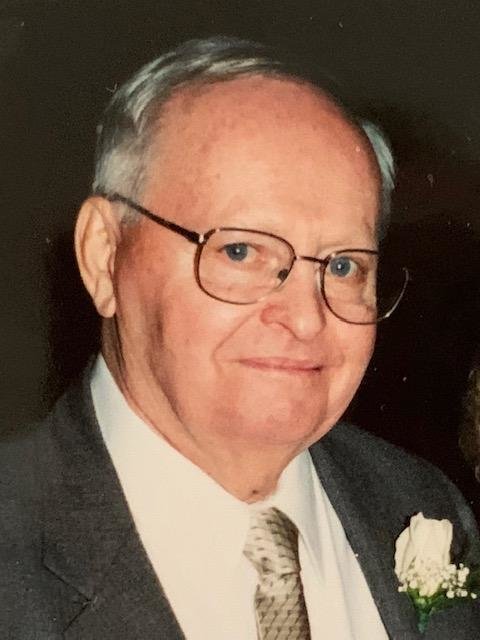 Please share a memory of Frank to include in a keepsake book for family and friends.
View Tribute Book
Ilion Frank G. Manion, 88 of Ilion NY passed away peacefully on Wednesday June 3, 2020 in Pittsburgh PA. Frank was born on May 22,1932 in Herkimer NY, the son of the late Martin and Genevieve (Knapp) Manion. On October 24, 1953 Frank married the love of his life, the former Eleanor June Pelletier at Fort Dix NJ. After serving in the United States Army and being stationed in Fort Benning, GA during the Korean War, they returned home to settle in Ilion NY. Frank received his primary education from St. Francis Parish, Herkimer NY and graduated from Ilion High School and received his teaching certificate from Utica College. Frank was employed by Loblaws, General Electric and as a data processing instructor retiring from Herkimer County BOCES in 1989. Frank is survived by what he referred to as his “Million Dollar Family”: his wife June, two daughters Karen and her husband Steve Fogerty and Janet and her husband Don Crim all of Ilion and son Tom and his wife Patty of Greensburg, PA. Frank cherished his grandchildren and great-grandchildren as there was not a conversation had without one or more of them being mentioned and celebrated. Poppies’ team is represented by: Meghan Appley and husband Josh, Becky Fogerty, Mike Fogerty and partner Hanna Collis, and Katie Fogerty; Lisa Sands, Kelly Ward, husband Taylor and daughters Reagan and Parker, Suzy Sands and son Reese as well as Grace Manion; Dan Crim, wife Lauren, daughter Kinleigh and son Abel, Emily Crim, partner Matt Stickles and son Beau. Frank is also survived by a brother-in-law Jack Winchester as well as sister-in-law Kathy Revior as well as several nieces and nephews and is predeceased by a son David, who he missed dearly; three brothers Martin, Jack and James, two sisters Genevieve Winchester and Marie Curie as well as his mother-in-law Grace Heath, father-in-law James Pelletier and brothers-in-law Don and Jim. Frank was a parishioner of the Annunciation Church, a member of the Ilion Knights of Columbus, Council 518 serving for many years on the John D. Buckley committee and a charter member of Friends of the Town Park. Frank was an avid sports fan with loyalties to Notre Dame, Syracuse University, the NY Giants and Yankees. One of his favorite pass times was spending time rooting on his family whether it was at a sporting event or dance recital. He was extremely dedicated to his children and grandchildren and rarely missed an event, yet alone a practice. He always opened his home to all and was dearly loved and appreciated by the many extended family members and friends who were a part of his life. On Thursday, June 11, the family has set aside time for private viewing after which he will be laid to rest at 11:00 AM in the Armory Hill Cemetery in Ilion NY. Frank’s family would like to extend their sincere gratitude for the care, compassion and support provided by the staff of the University of Pittsburgh Medical Center’s Shadyside Hospital. We cannot be more thankful for how he was treated and cared for during his last days with us. In lieu of flowers, it is suggested that memorial contributions may be made to a charity of your choice. Arrangements are with the Whiter-Hendrix Funeral Home Inc. 100 Otsego St. in Ilion. To send an online condolence please go to www.whiter-hendrix.com.
Thursday
11
June

Share Your Memory of
Frank
Upload Your Memory View All Memories
Be the first to upload a memory!
Share A Memory
Send Flowers