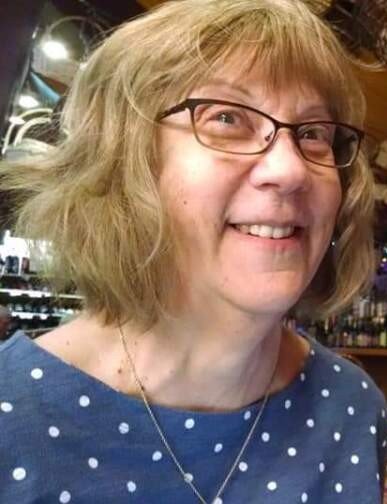 Obituary of Deborah A. White

Please share a memory of Deborah to include in a keepsake book for family and friends.
View Tribute Book
Ms. Deborah A. “Debbie” White, 67, of Granger, passed away unexpectedly at Elkhart General Hospital on Thursday, September 10, 2020 at 7:10 pm. She was born in Herkimer, NY on March 22, 1953 and was the daughter of the late Lawrence “Pete” Doty and Jo Ann (Shultz) Doty, who survives her in Ilion, NY. Also surviving is her daughter Carly (Thomas “TJ”) Hixon of Elkhart; siblings Donna Doty of Stuart, FL, Karen (Steven) Doty-Clark and Stephen (Deborah) Doty, both of Ilion, and Anita (Kenneth) Doty-Forney of Honeoye Falls, NY; grandchildren Jaxon and Aubrey Hixon and step-grandchildren Thomas and Ashton Hixon of Elkhart; nieces and nephews Brent (Kate) Grygiel of Harrison, ME, Matthew Clark of Portsmouth, NH, and Sarah and Megan Forney, both of Honeoye Falls; former spouse and father to Carly, Stephen White of Henderson, KY and a host of loving extended family, work associates, and good friends. Deborah’s life will be celebrated locally in Elkhart at Billings Funeral Home and Cremation Services on Wednesday, September 16, 2020 at 6:00 pm EST, with visitation beginning at 3 pm. Deborah’s uncle, Pastor Fred Shultz, will officiate. Following the services, Deborah’s remains will be returned to Ilion. NY, where graveside services will be held on Monday September 21, 2020 at 11 am in the Armory Hill Cemetery in Ilion. Local arrangements are by Whiter-Hendrix Funeral Home inc.in Ilion. Deborah was a graduate of Ilion Jr.-Sr. High School, Endicott Jr. College and the University of New Mexico in Albuquerque. She loved to teach and spent over 20 years with the Penn-Harris-Madison School System at Discovery Middle School as Teacher, Librarian, and Chair-Person of the Ski, Tennis, and Craft Clubs as well as POMS. She also taught a Japanese Culture Enrichment class during the summer. She was very artistically talented and enjoyed doing all sorts of home décor crafts as well as being the “go-to” girl at school for all of the bulletin boards. Deborah also loved travelling, having visited Europe and lived in both Japan and Iceland. She also loved road-tripping with her Mom, Jo Ann, through Florida and the South, and travelling with her sister in the RV headed to the Outer Banks. In fact, she was actively trying to pass her taste for adventure on to her grandchildren; especially Jaxon, who was often her “co-pilot” until Aubrey came along, then the adventures took a sharp turn into the kitchen. She also enjoyed watching Jaxon play hockey, and, as his number one fan, she never missed a game. Debbie loved animals and spending quiet time reading. She was also known for taking a trip or two to the casinos, working on all of her art projects, and doing a bit of amateur photography when the mood struck her. She was also raised in a Masonic family and she was a Triangle Girl for many years during her youth. Warm, endearing, and eager to pass on knowledge from generation to generation, Deborah will be best remembered for her dedication to education and love she displayed to her family, friends, and students. Memorial donations may be given to your local public library. You are encouraged to share Deborah’s obituary, leave online condolences, or order memorial tributes by following the prompts on our website. Thank you so much for your interest in Deborah’s story.
Monday
21
September

Share Your Memory of
Deborah
Upload Your Memory View All Memories
Be the first to upload a memory!
Share A Memory
Send Flowers