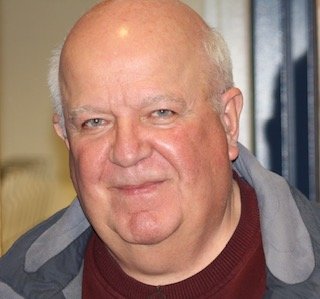 Please share a memory of Wayne to include in a keepsake book for family and friends.
View Tribute Book
Wayne W Harris, 79, formerly of Ilion, passed away peacefully on October 6, 2020 in Horseheads, NY. Wayne, the son of the late Millard and Ruth (Wood) Harris Jr., was born and raised in Utica, NY. He graduated from Utica Free Academy in 1959 and received his bachelor’s degree from Utica College in 1964. Wayne spent 25 years of his career in banking, having worked at the Ilion branch of Oneida National Bank and both the Utica and Mohawk branches of Fleet Bank. Following his retirement from the banking industry, he spent 10 years working for the NYS Consumer Protection Board. Everyone who knew Wayne understood his love and passion for the outdoors. His favorite times where fishing and hunting with his longtime best friend Tim Herlehy. The yearly trip to the hinterlands of Canada for 50” plus Northern Pike was the highlight of his year. As a young man, Wayne spent many years, eventually in leadership positions, in DeMolay. It was an influential part of his formative years and he would still talk about that experience throughout his life. Wayne is survived by his loving wife of 56 years, Ann (Tillinghast) Harris and his children; Steven Harris of Glenmont NY, Mark (Teresa) Harris of Wilmington NC, and Kathleen (Mike) Johnson of Elmira NY; his grandchildren, Brittney, Kyle, Erik, Alicia, Christina, Erica, Meagan and Natasha; brother and sister in-law, John & Barbara Tillinghast and brother in-law, Thomas Sipowicz; along with several nieces and nephews and their families. In death, Wayne will be reunited with his son Christopher and infant son Erik; his parents and brother, Millard F Harris III and sister in-law, Patricia Sipowicz. A private funeral mass will be held at convenience of the family at Annunciation Church, Ilion. Family and friends are invited to St. Agnes Cemetery October 16, 2020 at 12:30pm. The family asks that all attending follow NYS COVID safety requirements. In lieu of flowers, please consider donations to your local Food Bank.
Friday
16
October

Share Your Memory of
Wayne
Upload Your Memory View All Memories
Be the first to upload a memory!
Share A Memory
Send Flowers