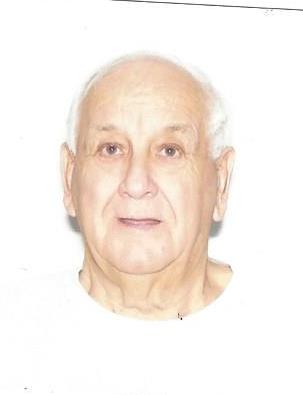 Please share a memory of Richard to include in a keepsake book for family and friends.
View Tribute Book
Ilion Richard "Dick" E. Abbott Jr., 84 of Ilion, formerly of Wayland, NY passed away on Sunday December 13, 2020 at St. Elizabeth's Medical Center. Dick was born on July 22, 1936 at home in Caribou ME. a son of, the late, Richard E. and Dorothy (Dow) Abbott. Dick served in the 98 th Army Infantry Division known as the Iroquois Warriors for several years and retired from Foster Wheeler after 40 plus years. During his life Dick was active as a Scout Master, hosting meeting in his basement and 4-H, where his raised Guinea Pigs for show at the state fair. Loved attending and camping at the Great New York State Fair from 1972-2016. He was Vice Commander of Wayland American Legion Post 402 and an active member of the Dansville Moose. He was a proud member of the NASCAR Flashers camping group and loved riding his Motoguzzi motorcycle. He also loved taking his kids for rides on snowmobiles and was known to ride in his tee shirt and shorts. Having built his own family home in Wayland, Dick enjoyed helping others do the same and all he asked in return was a smile and thank you. Dick is survived by his wife Opal Abbott; 3 sons; Richard III and his wife Shevaun and their 5 children of Ilion; Joe and his wife Faith and their 2 children and 2 grandchildren of Mocksville NC; and Vince and his wife Veronica and their 2 children of Rochester; a daughter Sue and her husband Frank Witek of Syracuse; two stepsons John Mennito and his wife Melissa and their 4 children and Albert Mennito and his 3 children and 3 grandchildren; 7 brothers and 2 sisters. He was predeceased by a son Bernard and a stepdaughter Juanita Mennito. A funeral mass for Dick will be celebrated on Tuesday December 22, 2020 at 10:30 am at The Church of The Annunciation in Ilion, Fr. Paul Catena will officiate. Friends and family may call on Monday from 5-6 pm at the Whiter-Hendrix Funeral Home Inc. 100 Otsego St. in Ilion. COVID restrictions are in effect for all services. To send an online condolence please go to www.whiter-hendrix.com.
Monday
21
December

Share Your Memory of
Richard
Upload Your Memory View All Memories
Be the first to upload a memory!
Share A Memory
Send Flowers