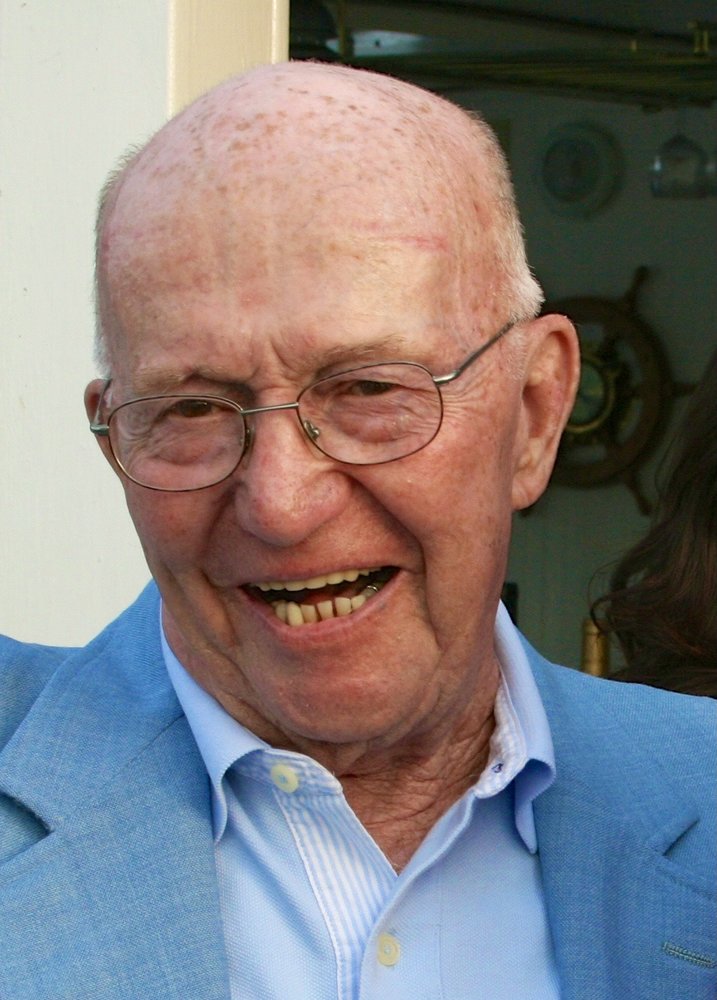 Please share a memory of Robert to include in a keepsake book for family and friends.
View Tribute Book
Ilion Robert J. Daly, 90 of Ilion passed away on Monday December 21, 2020 at The Grand in Ilion. Bob (Chub) was born on March 5, 1930 in Herkimer, the son of the late James and Catherine (Enright) Daly. He was a graduate of Mohawk Schools where he served as Class of 1948 President. Following graduation, Bob proudly served in the U.S. Army from 1951 to 1953. On October 19, 1957, he was united in marriage to Dorothy VanSteinburg in Blessed Sacrament Church in Mohawk; a union of 62 years until Dott passed away on April 4, 2020. Bob was employed as a foreman at New York Telephone Company, retiring in 1992 after 37 years of service. After retirement he was forever on duty as a babysitter, dog walker and the world’s first Uber driver for his grandkids and their friends. He was a member of The Church of Annunciation in Ilion and a life long member of the American Legion and the Mohawk Kiwanis. Bob was a good guy, a family man whose life was guided by a quiet solid faith. He was always bringing up the back, ensuring others were safe and having a good time - he took great joy from being near and helping others when needed. He was extremely handy and loved being about town. Holidays and vacations were particularly special to him as he always cherished his time with family. He was also grateful for his friendships and loved sports; especially the Yankees, Giants and any one of his grandkids teams. He rarely missed a Monday Night Football game with his lifelong friend, Leighton Burns. Particularly special to Bob was his Irish heritage. With his competitive spirit, it’s safe to say, he always fought the good fight. We will all terribly miss Bob’s ever-present sense of humor and quick wit that was forever making us laugh, smile and not take ourselves too seriously. We will miss his “jovial conduct at all times” for the rest of our days here in this “Wonderful World”. Until we meet again, in his own words, “Be Good”. Bob is survived by five children Leigh and Brian Lytwynec of Sparta, NJ, Timothy Daly and Scott Vaughan of Ilion, Kathleen and John Reese of Ilion, Mary and James Salamone of Liverpool and Erin and Kurt Burger of Ilion; eleven grandchildren Andrew and Jill Lytwynec, Beth Lytwynec, Christine Lytwynec and Steve Eckenrode, Jacqueline Reese, Daniel Reese, Stephen and Jennifer Salamone, Sarah Salamone, Emily Salamone, James Salamone, Lauren Burger and Ryan Burger; three great grandchildren Gabriel and Rowan Lytwynec and James L. Salamone. He is also survived by several nieces and nephews. He was predeceased by his four siblings, Marguerite Miers, Annette Butler, Jane Lacy and James Daly. Due to the COVID-19 restrictions, a private Mass of Christian Burial will be celebrated at The Church of Annunciation in Ilion at the convenience of the family. He will be laid to rest in the Armory Hill Cemetery in Ilion, with military honors. Fr. Paul Catena and Fr. Anthony Barratt will concelebrate. Family and friends are asked to please consider memorial donations to The Church of Annunciation at 109 West St. Ilion, NY 13357. Arrangements are with the Whiter-Hendrix Funeral Home Inc. 100 Otsego St. in Ilion.
Online Memory & Photo Sharing Event
Online Event
About this Event

Look inside to read what others have shared
Family and friends are coming together online to create a special keepsake. Every memory left on the online obituary will be automatically included in this book.
View Tribute Book
Services for Robert Daly
There are no events scheduled. You can still show your support by sending flowers directly to the family, or planting a memorial tree in memory of Robert Daly.
Visit the Tribute Store

Share Your Memory of
Robert
Upload Your Memory View All Memories
Be the first to upload a memory!
Share A Memory
Send Flowers