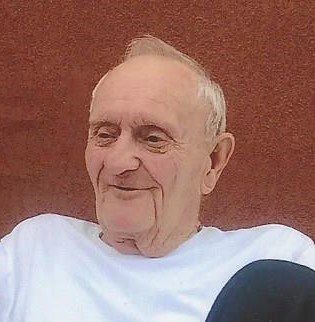 Please share a memory of William to include in a keepsake book for family and friends.
View Tribute Book
Frankfort William R. “Billy” “Poppy” Bennett, 86, of Frankfort passed away peacefully at home with his loving family by his side on Friday, March 12, 2021. Billy was born on July 19, 1934 in Gloversville. He was the son of the late William and Edna (Haynes) Bennett. He was a graduate of Johnstown schools. Billy was married to the former Cynthia Lee Crossett for the past 49 years. Billy was employed at the Village of Ilion DPW for over 33 years, where he was a working foreman for many of those years, up until his retirement. Following retirement, he worked at the Herkimer County Office Building. Billy loved sports, especially softball. He was instrumental in the formation and running of a girls’ softball league and he managed the Crossway’s men's softball team. He also enjoyed bowling and was a member of a league. Billy loved playing pitch and spent many nights playing with his family. Billy is survived by his loving wife Cindie; a daughter Melissa of Ilion; a twin sister Shirley Holliday of Caroga Lake; a brother Russell Bennett of Roswell, NM; and several nieces and nephews. He was “Poppa” to his three grandchildren Jordan, Kirsten and Cody, all of Ilion, and his great grandchildren Genevieve, Savannah and Isaiah. His wife, daughter and grandchildren were his entire world and much of his time was spent with all of them. He also leaves behind his faithful feline companion Jada. Billy was predeceased by his older brother Douglas Bennett; a sister-in-law Mary “Teddy” Bennett; a sister-in-law Mary Bennett; and a brother-in-law George Holliday. In keeping with Billy's wishes, services will be private. Billy's family wishes to thank the entire HOSPICE staff, especially his nurse Courtney, for the excellent care and compassion shown during his illness. Arrangements are with the Whiter-Hendrix Funeral Home Inc. 100 Otsego St. in Ilion.