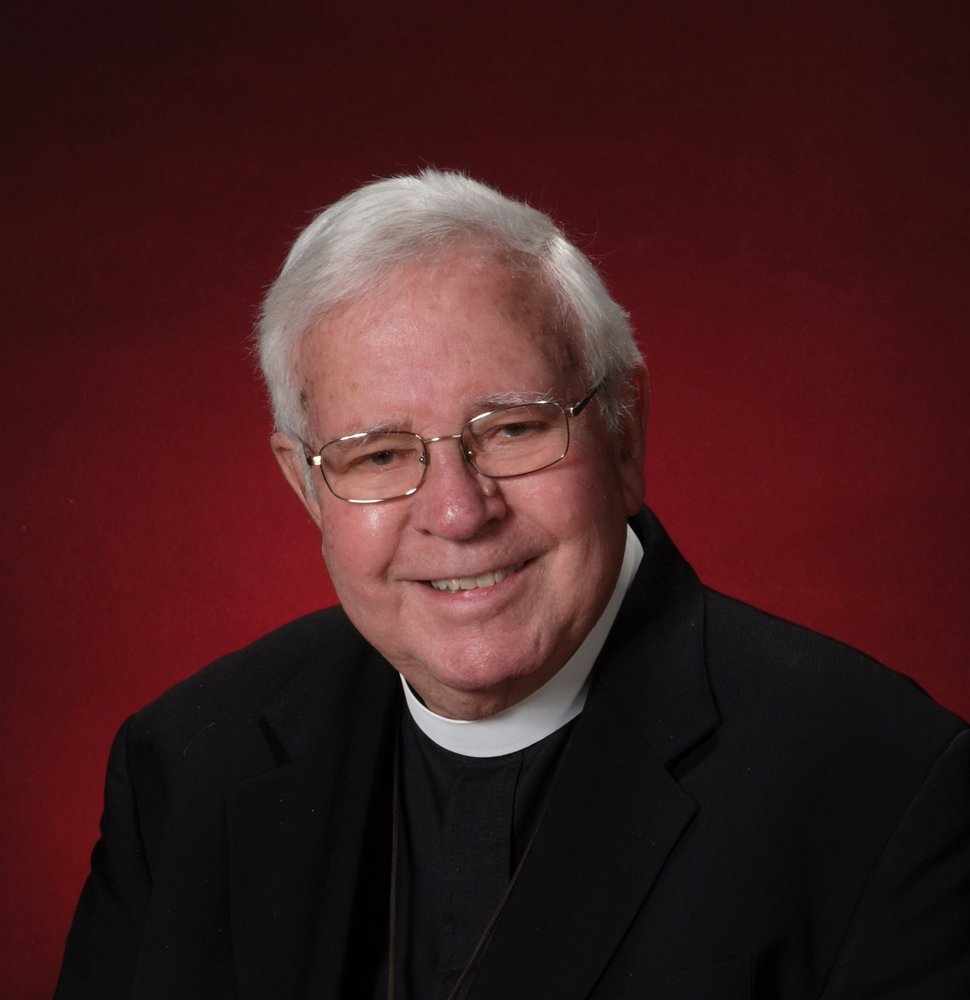 Obituary of Rev. George B. Greene

Please share a memory of Rev. George to include in a keepsake book for family and friends.
View Tribute Book
WHITESBORO Rev. George Burkeholder Greene, 91, passed away peacefully on April 13, 2021. George was born on Christmas Day at home in Mohawk in 1929. He was the son of Arthur and Gladys (Jarrett) Greene. He was the second of four children. In 1941 the family moved to Clinton on Mulberry Street and in 1947 moved to Utica. He was a graduate of Utica Free Academy 1949, Indiana Central College 1955, and the Philadelphia Divinity School in 1958. On July 26, 1958, he was united in marriage to Shirley Wilson of Wabash, Indiana. Father Greene was ordained a Deacon at the Cathedral of All Saints, Albany, May 31, 1958 by the Rt. Rev. Frederick L. Barry, Bishop. On St. Nicholas Day, December 6, 1958 Bishop Barry ordained him to the Priesthood at St. James,’ Ft. Edward. He served at St. James Fort Edward from June 1958 to November 1968, then at St. Augustine’s Ilion until his retirement in 2002. George served as an elected member of the Cathedral Chapter of the Cathedral of All Saints. He was Deanery representative to the Diocesan Council and was Dean of the Western Mohawk Deanery. He also served as Chairman of the Advisory Board of the Salvation Army, was a member of the Y.M.C.A. Board, a member of St. Luke’s Memorial Hospital Mohawk Valley Division Advisory Board, former chairman of the Herkimer County DWI Board, member of the United Way Board, the Ilion Board of Light Commission, a member of the Ilion Conversation Club, and the Mohawk Valley Investment Club. For a few years after retiring from St. Augustine’s church, George did weekday services at Grace Church during the time that The Rt. Rev. James Jensen was there. He also did hospital calls at St. Luke’s, Faxton, and St. Elizabeth’s. On occasion he would go to the Presbyterian Home, the Lutheran Home and the Sitron Home. Father Greene had been with the Albany Diocese for 43 years and with the Syracuse Diocese since 2002. For 20 years (1992 to 2012) George served as vicar at St. Peter’s by the Lake at 4th Lake, Old Forge. If you ever took the boat ride that departed at Old Forge, St. Peter’s was pointed out on the trip. He was in charge of the upkeep of the property and for contacting clergy to help with services. George is survived by his loving wife of 62 years, Shirley of Whitesboro; his children, Matthew (Melissa) of Ellington, CT, Mark of Whitesboro and Rachel (Joseph) Deckman of Syracuse; his sister Susanne (Paul) Schauer of Orange Park, FL; and several nieces and nephews. He also leaves behind his beloved grandchildren Robert and Arianna Greene and Jack, Jonah and Judson Deckman. He was predeceased by his parents, his sister Nancy (Paul) Scheible in 2001, his brother Robert (Blanche) in 2006. Calling hours will be held at Dimbleby Funeral Home, 40 Main Street, Whitesboro on Tuesday, April 20 from 4:00-6:00 PM, The funeral will be held at Grace Church, 6 Elizabeth Street, Utica, Wednesday, April 21st at 11:00 AM, with The Rt. Rev. Dr. DeDe Duncan- Probe-Bishop of Syracuse officiating. Former Bishop Herzog of Albany will be attending. Interment will follow in Forest Hill Cemetery. The church will be operating at 50% capacity. All Covid protocols will be required both at the funeral home and at church. Our heartfelt thanks and gratitude go to all the doctors, nurses and caregivers that have cared for George, especially Patty, Marlene, and Kathleen. Also thanks to friends Margaret and Dina who were very supportive. Donations in his memory may go to clergy families that are in financial need. George was in the Diocese of Albany for 43 years. The address is: Episcopal Diocese of Albany, 580 Burton Road, Greenwich, NY 12834. He was in the Diocese of Syracuse since 2002. The address is: Diocese of Central NY, 1020 7th North St. Suite 200 Liverpool, N. Y. 13088. Envelopes will be available at the funeral home. Arrangements are entrusted to the Whiter-Hendrix Funeral Home Inc. 100 Otsego St. in Ilion. To send an online condolence please go to www.whiter-hendrix.com
Tuesday
20
April

Share Your Memory of
Rev. George
Upload Your Memory View All Memories
Be the first to upload a memory!
Share A Memory
Send Flowers