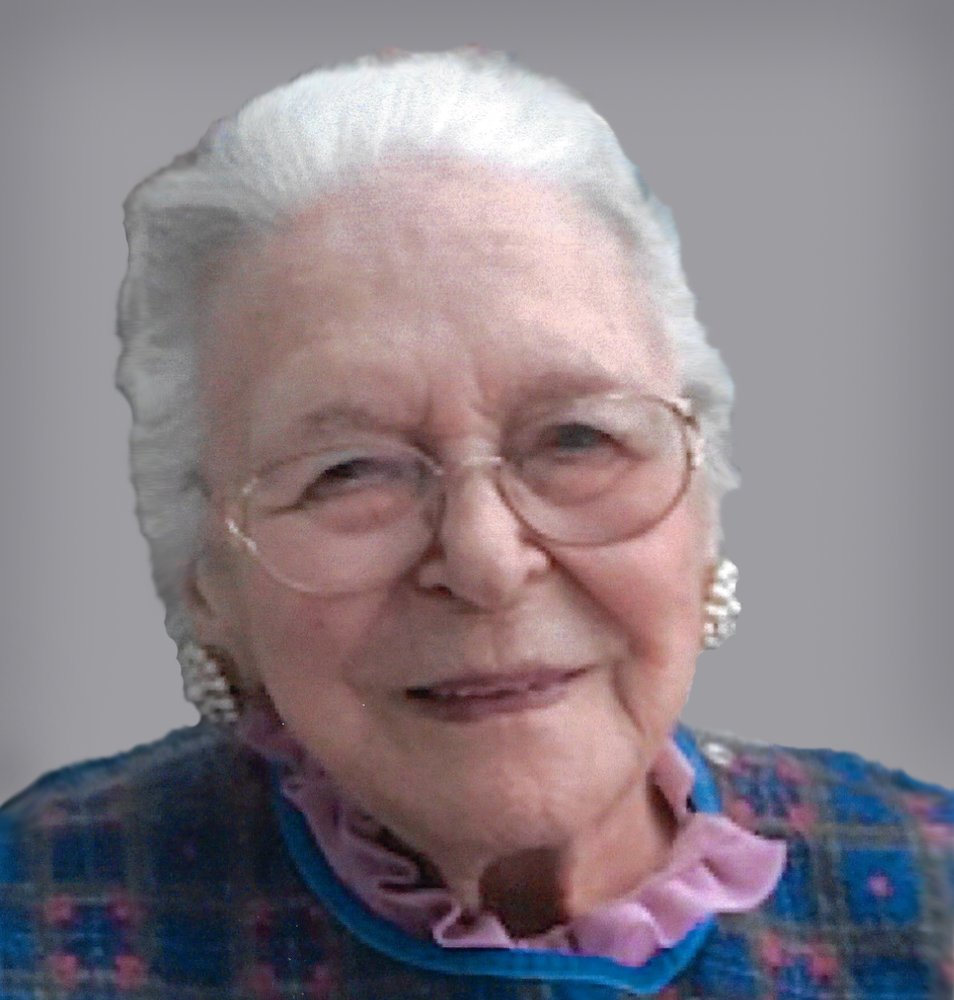 Obituary of Mary B. Mamrosh

Please share a memory of Mary to include in a keepsake book for family and friends.
View Tribute Book
Herkimer - Mary B. Shaw Mamrosh, 100, of Herkimer, NY left this earthly life on June 5, 2021. With the staff at her side, Mary passed away peacefully at Valley Health Services in Herkimer where she had been wonderfully cared for during the preceding two and a half years. John Mamrosh, Her husband of twelve years, predeceased her in 2007. Mary was born on March 3, 1921 in Ilion, the daughter of Mary Loomis Shaw and Walter Andrew Shaw who predeceased her in 1983 and 1986 respectively. She as also predeceased by her brother, Roger Andrew Shaw, (1983) and sister in law, Virginia McCoy Shaw (2015). Mary is survived by her daughter, Constance A. Dodge and partner Marilyn A. Sargent of Edinburg, NY. She is also survived by her niece, Cheryl Shaw Holmes (Hap), nephews, Roger Andrew Shaw (Marj) and Jeffrey Shaw (Georg). She is also survived by her dear friend, Floyd Ashley and by numerous cousins from Central New York, the U.S. and Canada. Mary attended a one room school house in East Schuyler, graduating eighth grade and going on to Frankfort High School. She was 16, with majors in Math and Science, when she graduated High School in 1937. Because she was so young, she did a post graduate year ('37-'38). In 1966-7 Mary studied accounting at Utica College. Her work experience began in 1947 at the Library Bureau in Herkimer. She went on to do bookkeeping and accounting at Chicago Pneumatic, General Electric and Sitrue of Utica, Bass Shoes (Maine) and Northeast Plate Glass (Herkimer). For several years, Mary was a Girl Scout Leader and she held the position of Chaplin in the Schuyler American Legion Auxiliary. While a resident of Remsen, she was a devoted member of the Methodist Church in Cold Brook, NY. Mary loved her home on the Hinkley Reservoir with all her wild animal visitors. Calling Hours will be held on Thursday, June 17, 2021 from 10 am - 1 pm in the Whiter-Hendrix Funeral Home, 100 Otsego St. in Ilion. Her funeral will follow at 1 pm at the funeral home with Rev. Robert Wollaber, officiating. She will be laid to rest at the East Schuyler Cemetery. In lieu of flowers, feel free to make a donation in her memory to your local Humane Society or your favorite environmental organization. Arrangements are with the Whiter-Hendrix Funeral Home, 100 Otsego St. in Ilion. To send an online condolence please go to www.whiter-hendrix.com.
Thursday
17
June

Share Your Memory of
Mary
Upload Your Memory View All Memories
Be the first to upload a memory!
Share A Memory
Send Flowers