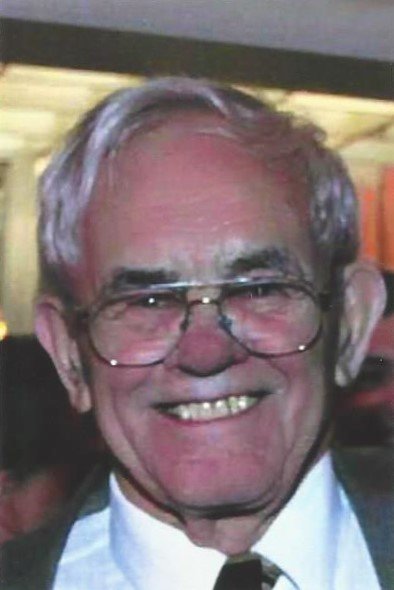 Please share a memory of Donald to include in a keepsake book for family and friends.
View Tribute Book
Mohawk – Mr. Donald W. Casey, 95, of Mohawk, passed away peacefully at home on Thursday July 29, 2021, with his loving family by his side. He was born on April 23, 1926, in Mohawk, the son of the late Alfred and Mabel (Willson) Casey and he graduated from Mohawk Schools. Don served in the US Navy during World War II and was stationed aboard the USS Riverside. On September 16, 1972, he married, the former, Margaret Black Drumm in Vernon. He was employed as a Crane Operator with Central Steel Erecting Company in Chadwicks for 36 years. Don was a 70 year member of the Mohawk American Legion and was a member and past Chief of the Mohawk Exempt Firemen. Don is survived by his beloved wife, Margaret; two sons, David Drumm and his wife, Claudia of San Antonio, TX and Jack Drumm and his companion, Anne Smullons of Cooperstown; three daughters, Jackie Murphy of Mohawk; Judy Nudo and her husband William of Herkimer and Jan Nudo and her husband Robert of Ganesvoort; a daughter in law Theresa Casey of Mohawk; as well as several grandchildren and numerous great-grandchildren and great great grandchildren as well as several nieces, nephews and cousins. He was predeceased by one son, Donald Casey; a daughter Diane Drumm; two brothers Robert Casey and Jack and his wife Mary Casey and a sister Barbara and her husband Francis Shields. A graveside service with military honors will be held on Tuesday, August 3, 2021, at 1:30 PM in Mohawk Cemetery Annex with Chaplain Ken Palmer and Jim Walczak, officiating. In keeping with Don's wishes, there will be no public calling hours. Funeral arrangements are under the direction of the Whiter-Hendrix Funeral Home, 100 Otsego St. in Ilion. In lieu of flowers, memorial donations may be made to MOVAC, Mohawk Valley Ambulance Corps, Inc. 15 NY-5S, Mohawk, NY 13407 or Hospice and Palliative Care 4277 Middle Settlement Rd. New Hartford, NY 13413. To leave condolences for Don's family, please visit www.whiter-hendrix.com
Tuesday
3
August

Share Your Memory of
Donald
Upload Your Memory View All Memories
Be the first to upload a memory!
Share A Memory
Send Flowers