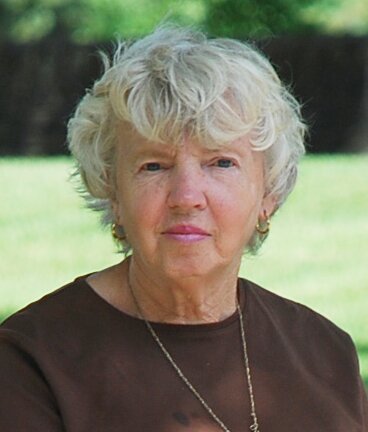 Please share a memory of Marilyn to include in a keepsake book for family and friends.
View Tribute Book
Richfield Springs, New York - Marilyn Slaughter, 82, of Richfield Springs, passed away on Sunday, September 26, 2021 at St. Luke’s Hospital in Utica, New York. Marilyn was born in Ilion, NY on February 14, 1939, the daughter of John and Pauline Shaw. She graduated from Ilion High School. After graduation she worked at Griffiss Air Force Base and lived in Germany. She worked at Lindsay Air Force Base while her husband was stationed there. On May 27, 1961 Marilyn married William Slaughter. They were blessed with three sons – Scott, Robert and Richard. When her boys were young, she was involved in West Hill Elementary school as homeroom mother, VP of the PTO and supported their sports activities. The highlight of her later years was watching her grandchildren participate in sports. She was commissioner of the Ilion Water Department, chairman of the Ilion Heart drive, a member of the MVHG and volunteered for many other positions. Marilyn loved to help others and was always willing to spend time supporting a variety of causes. Marilyn also became involved in politics. She served as treasurer and chairman of the Ilion Republican Committee and was a member of the Herkimer County Republican committee. In 1986 and 1988 she was elected as Ilion Village Trustee. In 1988, Marilyn was appointed Ilion Village Administrator. Due to a stroke, she retired in 1999. Marilyn enjoyed bowling and golf. She played in many bowling league championships and participated in three golf leagues prior to her stroke. Besides her husband Bill, she is survived by her sons, Scott (Jim Batchelder) of Naples, FL, Robert (Lori) of Ilion and Richard of Ilion; grandchildren, Michael, Jacob and Emily Slaughter, Steven (Rachael) Shepardson; great-grandson, Jack; sister Sandra (Ray) Bennett; brothers Kenneth (Gloria) Shaw and William Shaw; her sister in law, Verna Shaw of Toronto as well as many nieces, nephews and cousins. She was predeceased by her mother, father and brother, John. A graveside service will be held at Cedarville Cemetery on Friday, October 1, 2021 at 1:00 PM, all are invited to attend. Funeral arrangements are under the direction of the Whiter-Hendrix Funeral Home, 100 Otsego St. in Ilion. Due to Marilyn’s love of animals, kindly consider contributions to the Herkimer County Humane Society, 514 NY-5S, Mohawk, NY 13407. To leave condolences for Marilyn's family, please visit www.whiter-hendrix.com
Friday
1
October

Share Your Memory of
Marilyn
Upload Your Memory View All Memories
Be the first to upload a memory!
Share A Memory
Send Flowers