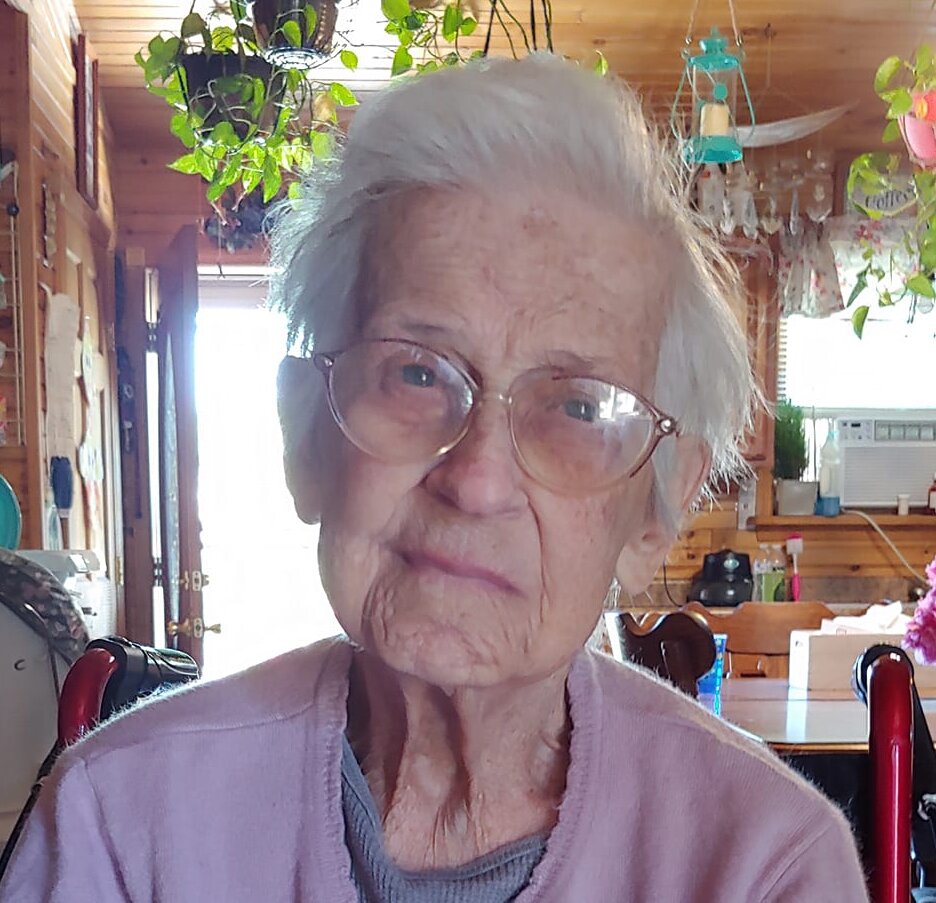 Please share a memory of Mary to include in a keepsake book for family and friends.
View Tribute Book
St. Johnsville - Mrs. Mary Frances Elizabeth Snedeker Rathbun Aesch, 96, of St. Johnsville, passed away peacefully on November 9, 2021 in the Fulton Center in Gloversville. Mary Frances was born in Mohawk on June 17, 1925, the daughter of the late Martin and Florence Ford Snedeker and she attended Ilion Schools. She was at one time married to Roger A. Rathbun. Roger passed away on September 15, 1968. She was later married to Al Aesch for many years until his passing on February 15, 2017. She was a communicant of the Church of the Annunciation in Ilion. Her passion in life was taking care of babies and young children. She loved family get togethers and parties, the more the merrier. Mary Frances couldn't pass up a deck of cards, she would rather play cards than eat, all for fun or penny antie it didn't matter to her as long as she was playing. She was a communicant of The Church of the Annunciation in Ilion. She is survived by three sons and daughters in law, Leo and Pam Rathbun of Newport News, VA, Kevin and Kathy Rathbun of Hatfield, AR, Mark and his companion, Tina Pabis of St. Johnsville; two sisters, Carlynn Kennedy of FL and Eileen Looman of Herkimer, both hoping to break the oldest Snedecker mark set by her at 96 years and 145 days. She also leaves several grandchildren, great-grandchildren, nieces, nephews and cousins. Her step children Shirley and Larry Alkin Burgh, Bob, Eleanor Mills, John and Gloria and step daughter in law Megan Mary Frances was predeceased by two daughters, Elaine and Deborah; five sisters, Bertha Sokolowski, Gertrude Salsburg, Agnes Jess Hegaman, Donna Okusko and Barbara Windecker; five brothers, Richard, Raymond, Edward, Guy and Robert Snedeker and a step son Jim. Calling hours will be held on Sunday, November 14, 2021 from 2-4 pm in the Whiter-Hendrix Funeral Home, 100 Otsego St. in Ilion. Her funeral will be held on Monday at 11 am in the Church of the Annunciation, 50 First St. in Ilion where a Mass of Christian Burial will celebrated by Fr. Paul Catena. Interment will take place in Cedarville Cemetery in the Spring. Friends and family are asked to please consider memorial donations to the Alzheimer's Association To leave condolences for Mary's family, please visit www.whiter-hendrix.com
Online Memory & Photo Sharing Event
Online Event
About this Event

Look inside to read what others have shared
Family and friends are coming together online to create a special keepsake. Every memory left on the online obituary will be automatically included in this book.
View Tribute Book
Services for Mary Aesch
There are no events scheduled. You can still show your support by sending flowers directly to the family, or planting a memorial tree in memory of Mary Aesch.
Visit the Tribute Store

Share Your Memory of
Mary
Upload Your Memory View All Memories
Be the first to upload a memory!
Share A Memory
Send Flowers