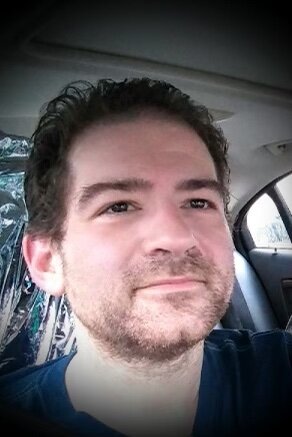 Please share a memory of Thomas to include in a keepsake book for family and friends.
View Tribute Book
Rome - Mr. Thomas Michael Jennings, age 45, passed away on Monday, November 15, 2021 after a courageous battle with cancer with the love and support of his family by his side. Born on August 27, 1976 in Rome, Thomas was the son of Thomasine (Zieno) Jennings and the late Frank W. Jennings. Thomas was the valedictorian of the Class of 1994 when he graduated from Ilion High School. He began his college education at Rensselaer Polytechnic Institute from 1994-2000 where he received three Bachelors of Science degrees in Physics, Mathematics and Computer Science, all Summa Cum Laude as well as his Master of Science in Physics in May 2000. Thomas then went on to pursue his Doctorate in Physics at MIT in Cambridge, MA from 2000-2003. Prior to completion of his Doctorate at MIT, and after much self reflection,considering his true desires for his future career path, Tom made the difficult yet courageous decision to change his major and university. He worked hard for another 3 years, and in 2006, earned himself yet another Bachelor of Science in Aeronautical & Astronautical Engineering at Purdue University in Indiana. In addition, he attended Ivy Tech State College earning a degree in welding. Thomas also had his Private Pilot's license, his FAA Mechanic Certificate wih Air Frame and Power Plant ratings, which he had partly earned from MVCC. He also was current with his IA, Inspector Authorization from the FAA. He was a member of the Air Craft Electronics Association and also had been certificated in Machining. Thomas spent his career from 2007-present as a full time Professor at Mohawk Valley Community College in Rome in the Aviation Maintenance Technology department. He was a passionate, dedicated and inspiring educator and role model to all of his students, passing on his wealth of knowledge he had earned to so many throughout his career. On December 26, 2014 Thomas married the love of his life, Jacqueline Scranton. They raised three beautiful children together. In 2018, he finalized his step parent adoption of Rocco as his own son. Tyrus, whom Thomas lovingly stepped in to raise since birth, is at present awaiting finalization of the step parent adoption that Tom had initiated earlier this year. Upon learning of his serious diagnosis in August of this year, Tom, was passionate and determined. He placed nearly all of his focus on completing Tyrus' adoption before his passing. Although the process is still ongoing, Tom, being the most incredibly selfless man most will ever know, was afforded untold relief and immense peace of mind when earlier this month he learned that his passing would not cause the adoption proceedings to cease. Tom also had numerous hobbies that kept him busy. His personal aircraft, a 1977 Cessna 172N, was his most cherished long time project. He was actively studying and working toward a future side career in Avionics that he had envisioned someday starting at Griffis. He often enjoyed visiting his childhood camp on Chenango Lake with his wife and children, as well as working on renovations to the camp. Tom also enjoyed running often and weight lifting and could always be found learning and implementing skills in areas such as electrical code, auto mechanics, construction and renovations. Tom was nothing short of brilliant with an astonishing talent for teaching everyone around him in ways that allowed so many to discover their own abilities to learn as they had never before. Tom will be sorely missed by his family, friends, beloved colleagues at MVCC as well as the many former students he was grateful to have taught. Thomas is survived by his loving wife, Jacqueline; his three children whom he cherished, Rocco (14), Tyrus (7), and Viviana (5); his mother, Thomasine; sister and brother-in-law, Elizabeth Jennings, DO and Thomas Dispenza,MD; as well as six nieces and three nephews. Visitation will be held on Sunday, November 21 from 2:00-4:00 at the Barry Funeral Home 807 W. Chestnut St. Rome, NY 13440, Inurnment will take place at the convenience of the family. Funeral arrangements are entrusted to and under the direction of the Whiter-Hendrix Funeral Home, 100 Otsego St., llion.
Sunday
21
November

Share Your Memory of
Thomas
Upload Your Memory View All Memories
Be the first to upload a memory!
Share A Memory
Send Flowers