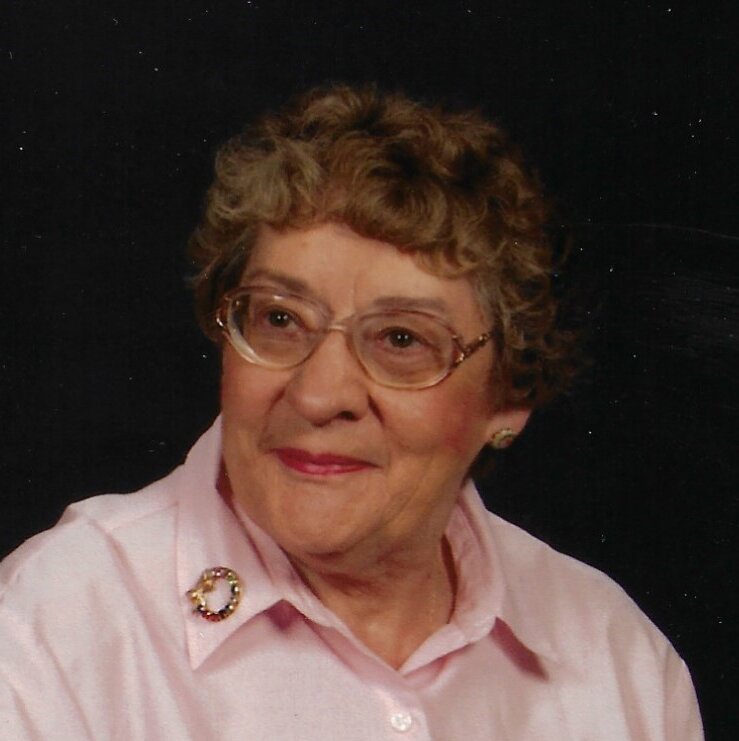 Please share a memory of Jo Ann to include in a keepsake book for family and friends.
View Tribute Book
Ilion - Mrs. Jo Ann Nunneker, 89, of Ilion, passed away peacefully on December 2, 2021 at her home with her loving family by her side. Jo Ann was born on June 4, 1932 in Utica, the daughter of the late Frank and Jean Roberts Wilson. She grew up in the West Hill area of Ilion, attended Ilion schools and graduated with the class of 1950. She was married to her high school sweetheart, Robert K. Nunneker on June 20, 1953 in Ilion. The two shared a blessed union until Robert's passing on October 29, 1987. She was employed as a teller with Marine Midland Bank in Ilion for many years until her retirement in 1994. She was a member of the Order of the Evening Star and the Mohawk American Legion. She was a lifelong parishioner of St. Augustine's Episcopal Church in Ilion, taking leadership roles in the church choir, vestry, altar guild, harvest dinners and rummage sales. Jo Ann had a passion for travel, and during her retirement, enjoyed trips to France, England, Ireland, Germany, Iceland, and Hawaii. She documented her experiences by saving volumes of photographs, ticket stubs, itineraries, and other various souvenirs. She also took special pleasure in taking trips to local Adirondack Park destinations including Bald Mountain in Old Forge and Limekiln Lake State Park. A long time resident of John Street in Ilion, Jo Ann cherished the view from her front porch. She filled her garden with climbing roses, raspberries and Rose of Sharon, and kept the bird feeders full for her favorite cardinals and blue jays. She is survived by her four beloved children, Jill Marhaver of Apple Valley, MN, R. Cory and Rita Nunneker of Sharpsburg, GA, H. Scott and Tracie Nunneker of Charlotte, NC, and Mark W. and Heather Nunneker of Boonville, NY; one brother, Robert Martin and Elizabeth Wilson and many grandchildren, great-grandchildren, nieces, nephews and cousins. She was predeceased by two brothers, Edward A. Wilson and Barry J. Wilson and one sister, Carol Lane and her husband, Dale. A memorial service for Jo Ann will be held at St. Augustine’s Church in the summer at a date to be announced. Funeral arrangements are under the direction of the Whiter-Hendrix Funeral Home, 100 Otsego St. in Ilion. In keeping with her wishes, there will be no public calling hours. In lieu of flowers, memorial contributions may be made to St. Augustine’s Church, 78 Second St. Ilion, NY 13357 or Hospice & Palliative Care Inc. 4277 Middle Settlement Road, New Hartford, NY 13413. The Nunneker family would like to thank the Village of Ilion Fire Department, Catherine Wintle FNP, Herkimer, NY and Hospice & Palliative Care Inc. New Hartford, NY. To leave condolences for Jo Ann's family, please visit www.whiter-hendrix.com UPDATE: A funeral service will be held on Saturday, July 23, 2022 at 11:00 am in St. Augustine's Episcopal Church, 78 Second St. in Ilion. A reception will follow in the Church Hall.
Online Memory & Photo Sharing Event
Online Event
About this Event

Look inside to read what others have shared
Family and friends are coming together online to create a special keepsake. Every memory left on the online obituary will be automatically included in this book.
View Tribute Book
Services for Jo Ann Nunneker
There are no events scheduled. You can still show your support by sending flowers directly to the family, or planting a memorial tree in memory of Jo Ann Nunneker.
Visit the Tribute Store

Share Your Memory of
Jo Ann
Upload Your Memory View All Memories
Be the first to upload a memory!
Share A Memory
Send Flowers