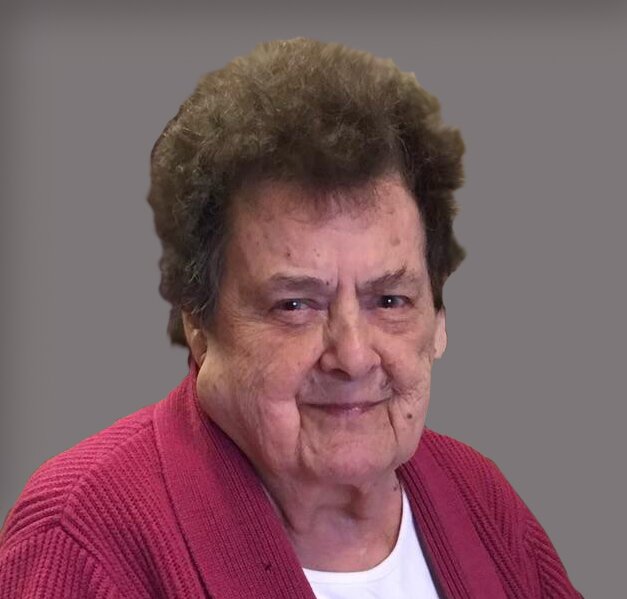 Obituary of Patricia A. Seymour

Please share a memory of Patricia to include in a keepsake book for family and friends.
View Tribute Book
Herkimer - Ilion - Frankfort - Patricia A. Seymour, 88, of Herkimer, passed away Wednesday, February 9, 2022 in Valley Health Services with her loving family by her side. She was born in Frankfort on January 11, 1934, the daughter of the late Lester and Beryl Irons Lints and she attended Frankfort Schools. She was married to Alfred Seymour on November 7, 1953 in the Church of the Annunciation in Ilion. The two shared a blessed union of over 60 years until Alfred's passing on March 15, 2014. Pat was at one time employed with UNIVAC and was subsequently employed in the cafeteria for Ilion Central School District. She remained at the Ilion Central School District for over 20 years until her retirement. She was a member of the Knights of Columbus Auxiliary in Ilion and was the Eastern Star Queen in Frankfort as a young adult. Pat enjoyed playing pitch, shuffleboard, and she loved lottery tickets and listening to country music.   Patricia is survived by one son, Tim Seymour and his fiancé, Christina Cain of Ilion; one daughter and son in law, Lisa and Jason Adamek of Herkimer; five grandchildren, Erica Seymour, Daniel Adamek, Libby Seymour, Mackenzie Adamek and Cole Seymour; three great-grandchildren, Jadyn, Haylie and Sadie; one brother, Edward Lints of Delaware; one daughter-in-law, Dr. Pina Sanelli; and several nieces and nephews. She was predeceased by one son, Dr. Jeff Seymour; and three brothers, Lester Lints, Jr., Robert Lints, and John Lints. Calling hours will be held Tuesday, February 15, 2022 from 4:00pm-6:00pm at the Whiter-Hendrix Funeral Home, 100 Otsego St., Ilion. Deacon James Bower will conduct a service at the closing of calling hours. Interment will take place in the Spring in Armory Hill Cemetery in Ilion. Pat's family would like to extend their sincere appreciation to the nurses and staff of Valley Health Services, especially Missy, for the kindness shown to Pat during her residence there. In lieu of flowers, the family would prefer that donations be made to the Valley Health Services Recreation Department; envelopes will be available at the funeral home. To leave condolences for Pat’s family, please visit www.whiter-hendrix.com INTERMENT UPDATE: Spring Interment for Pat will take place on Monday, April 25, 2022 at 1:30 PM in Armory Hill Cemetery.
Online Memory & Photo Sharing Event
Online Event
About this Event

Look inside to read what others have shared
Family and friends are coming together online to create a special keepsake. Every memory left on the online obituary will be automatically included in this book.
View Tribute Book
Services for Patricia Seymour
There are no events scheduled. You can still show your support by sending flowers directly to the family, or planting a memorial tree in memory of Patricia Seymour.
Visit the Tribute Store

Share Your Memory of
Patricia
Upload Your Memory View All Memories
Be the first to upload a memory!
Share A Memory
Send Flowers