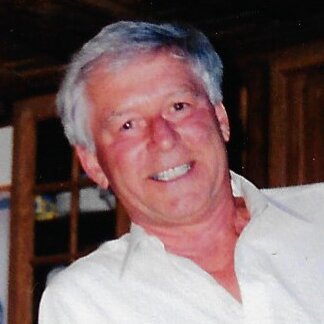 Please share a memory of Lawrence to include in a keepsake book for family and friends.
View Tribute Book
Mohawk - Mr. Lawrence “Larry” Robert Paul, Jr., 84, of Mohawk, passed away Tuesday, April 5, 2022 in St. Elizabeth's Medical Center with his family by his side. He was born in Ilion on May 6, 1937, the son of the late Helen Nehr and Lawrence Paul, Sr. He attended Ilion High School, graduating with the class of 1955. He went on to attend Colgate University, graduating with the class of 1959, then graduated from RPI obtaining his Master’s Degree in Electrical Engineering. He was married to Barbara Kennell on August 6, 1960, at the Church of the Annunciation in Ilion. The two shared a blessed union of over 30 years until Barbara’s passing from cancer on June 18, 1993. Larry was at one time employed with General Electric and Lockheed Martin before taking over Paul’s Tank Car when his father got sick. He ran the gas station and fuel oil business for many years until his retirement. He was a lifetime athlete and inspiration to his children as he enjoyed running, bicycling, and golfing. He ran numerous local road races, including the Boilermaker. He was also passionate about gardening, traveling, and going to camp. Larry spent as much time as he could at camp and even after his stroke, he insisted on mowing the camp lawn. He was a loyal Colgate alumni and took pleasure in attending home football games. He was a problem solver which led to some creative inventions including putting a toggle switch in his wife’s car to fix the air conditioning, which she could only reach by using a stick .Larry loved to have a good time and can be remembered at day’s end relaxing with a big smile and a scotch in his hand. He was an active member of the Kiwanis/Mohawk Community Club and enjoyed the camaraderie he had there with his many friends. Larry is survived by two sons, David (Patty) Paul of Mohawk and Eric (Kelly) Paul of Rome; two daughters, Jennifer (Brian) Herkel of Barneveld and Leisa (Dan) Murphy of Newport; his beloved grandchildren; Kayla, Lawrence, Barbara, Avery, Mason, Abbegail, Brianne, Madelynn, Christina, Shea, Braden, Devin and Kiera; his great-grandchildren, Tatyana, Jacob and Oliver; special nieces and nephews; Courtney, Deb, Sue, Mark, Mike and Paul. He also had a very special friend, Betty Riesel, who gave him loving attention until the end. His funeral will be held Saturday, April 9, 2022, at 1:00 PM in the Whiter-Hendrix Funeral Home, 100 Otsego St. in Ilion with Pastor Rick Riggle, officiating. Calling hours will be Saturday from 11:00 AM - 1:00 PM in the Whiter-Hendrix Funeral Home. Interment will follow in Armory Hill Cemetery. In lieu of flowers, please consider donating to the Canadarago Lake Association, PO Box 682, Richfield Springs, NY 13439, which supports conservation of the lake he loved. Envelopes will be available at the funeral home. To leave condolences for Larry’s family, please visit www.whiter-hendrix.com
Saturday
9
April

Share Your Memory of
Lawrence
Upload Your Memory View All Memories
Be the first to upload a memory!
Share A Memory
Send Flowers