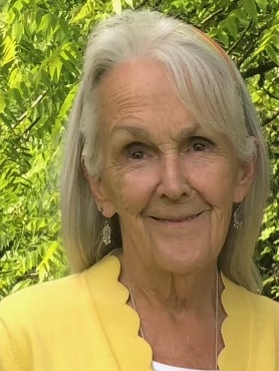 Please share a memory of Dianne to include in a keepsake book for family and friends.
View Tribute Book
Herkimer/ Millers Mills - Dianne L. (Hills) Soper, 81, passed away on October 17th at her home in Herkimer, surrounded by her loving family after fighting pancreatic cancer. Born on April 28th, 1941 in Amityville, NY, to William and Genevieve Hills, Dianne was a 1958 graduate of Amityville High School. In the early 1970s, she and her former husband decided to move to upstate NY and settled in Millers Mills. Dianne later graduated from HCCC with a degree in occupational therapy. Her creative and inventive personality made her great in her chosen career. Proper handwriting and ergonomically correct wheelchair seating for students were her specialties. In 2007, Dianne retired from Oneida County BOCES which gave her time to focus on her many hobbies. Gardening, photography, and writing were her true passions. Sharing her love of creativity with her grandchildren kept her young at heart. Summers at Gram’s were filled with art projects, running through the sprinkler, eating grilled cheese sandwiches, or reading books in pajamas all day. Staying physically active was important to Dianne throughout her entire life. As a young woman she was skilled at horseback riding, having competed at Madison Square Garden in a rodeo. She was very proud to be able to mow her lawn, shovel her driveway, and still drive her stick shift car. Dianne even had her motorcycle license. With her sidekick pomeranian, Viking, Dianne could often be found riding her bicycle on the canal path. Recently she began giving educational talks regarding the Erie Canal’s history. As a member of the Herkimer County Historical Society, Mohawk Valley Writes, and the Canal Society, she found many true friends. Everyone that met Dianne knew her to be kind, thoughtful, and unique. Dianne was truly a person that you wanted to know. Dianne is survived by her children; Darren (Crystal) Dixon-Soper and their children Astrid, Magnus, and Ingrid of Massapequa, NY; Duane Dixon-Soper and his daughter Destiny (Alex) Tsavaris of Lindenhurst, NY; Robin (Monte) Loomis and their children William (Alexis) Day and Katherine of Ilion, NY; and her loyal dog, Viking. She is predeceased by her youngest son, Ben Soper, in 2016 due to cancer. Calling hours for Dianne will be held on Monday, October 24th from 4-6 PM in the Whiter-Hendrix Funeral Home, 100 Otsego St. in Ilion with a service to follow. To leave condolences for Dianne's family, please visit www.whiter-hendrix.com
Monday
24
October

Share Your Memory of
Dianne
Upload Your Memory View All Memories
Be the first to upload a memory!
Share A Memory
Send Flowers